Yesterday (July 22, 2019), Chris alongside co-star Bryce Dallas Howard and director Colin Trevorrow attended the grand opening celebration of Jurassic World -The Ride at Universal Studios Hollywood in Universal City, California. During the event, Chris did some interviews, giving details about the upcoming Jurassic World 3, his ‘honeymoon phase’ and more! Check out these videos below:

Chris also reunited with Blue, his character’s lovable raptor, onstage during the event.

.@prattprattpratt had to tame Blue before the ride opened. #JurassicWorldHollywood pic.twitter.com/Ib5hTFEDeR

Several HQ pictures have been added to the gallery, enjoy 🙂 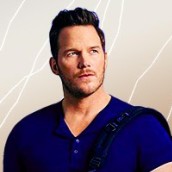